Expert advice: Four phone script lessons from “Mr. Inside Sales” that will double your close rate 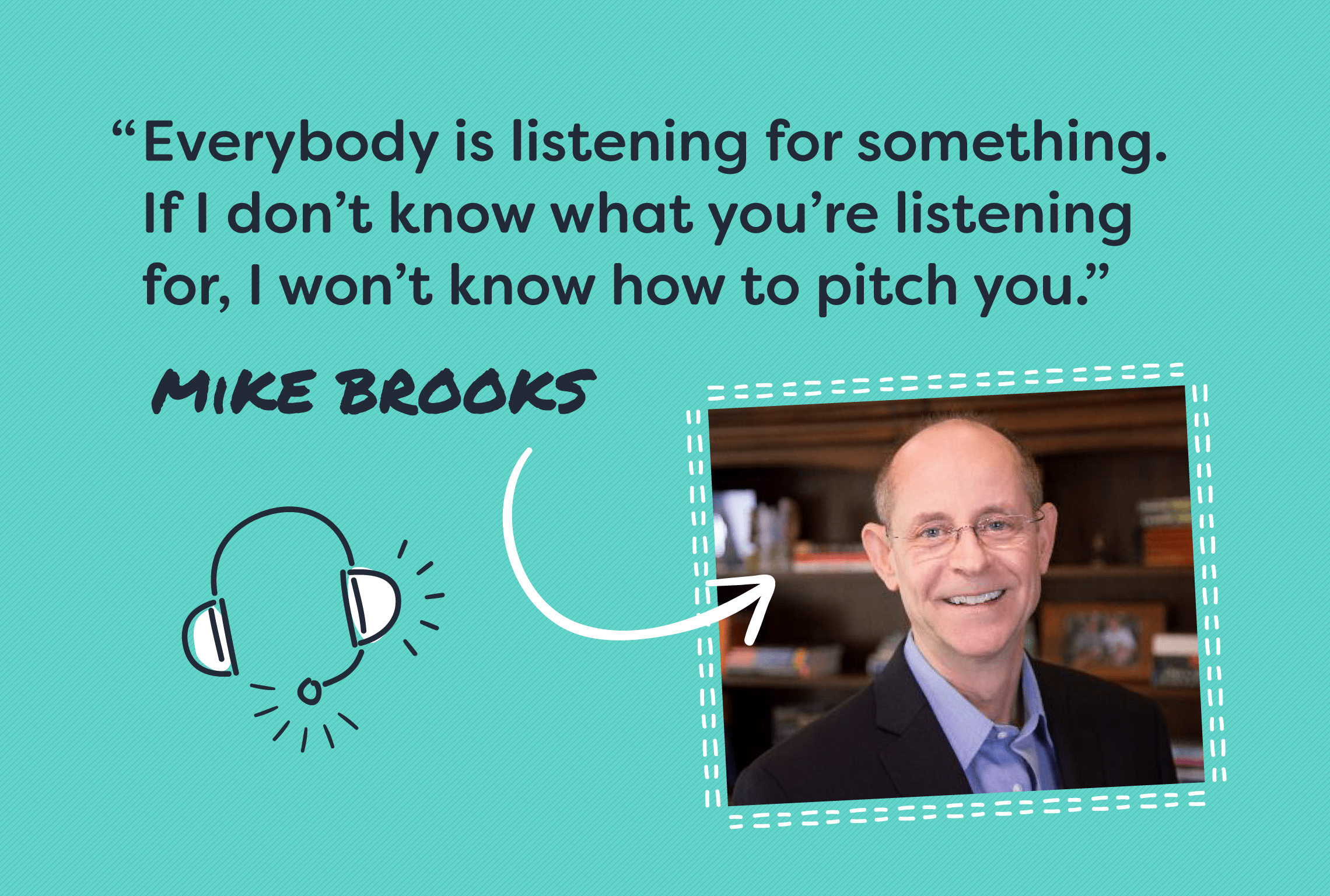 The use of phone scripts has been debated among salespeople for years. Do they actually increase your odds of hooking a prospect, or do you they make you sound too robotic and impersonal?

Mike Brooks, aka “Mr. Inside Sales” and author of the new book, Power Phone Scripts, believes that effective phone scripts are the difference between success and failure in sales.

“I used to be a terrible sales person because I just didn’t believe in scripting,” Mike told Nutshell. “I thought I could ad-lib my way out of a paper bag and I wasn’t willing to work hard. I failed miserably and was ready to quit the entire profession until I finally said, ‘I’m sick and tired of being sick and tired. I’m going to do what needs to be done.’

“Once I did that, I went from one of the bottom reps out of 25 to the number one closer, in just 90 days. Nine months later I was the number one rep out of five branch offices.”

We recently had the pleasure of speaking with Mike about his phone scripting and closing philosophies, and the specific phrases he uses to advance and close the deal.

I thought I could ad-lib my way out of a paper bag and I wasn’t willing to work hard.

Lesson #1: The first call is about qualifying, not selling

As Mike sees it, many sales challenges can be traced back to one inconvenient truth: You can’t close an unqualified lead.

“Most salespeople are so driven to make numbers, generate leads, and put prospects in their pipelines that anybody who says, ‘Send me some information,’ becomes a lead for them. They’ll put them in their pipeline, chase them down, and try to close them—often times not succeeding.”

“When I say ‘lead,’ I mean a prospect who has been spoken to, supposedly qualified, and then put into a follow-up situation, with a scheduled call back, presentation, or demo. Most salespeople are closing two leads out of the ten they put in their pipeline. So, what does that tell us about the state of qualifying? It tells us that sales reps don’t do a very good job of actually qualifying their leads.”

“So what happens is a salesperson gets back on the phone with a prospect and attempts a demo or does a presentation, and eight out of ten of those leads are not closing. No wonder salespeople hate calling prospects back—they know they’re going to lose most of the time.”

According to Mike, closing starts on the qualifying call.

“Qualifiers are budget, timeline, competition, decision makers, decision process, buying motive, and possible objections,” Mike explains. “The easy way to qualify for timeline, after engaging the prospect in conversation, is to say, ‘I look forward to our presentation next week. And let me ask you this, if you like what you see, what would be the next steps on your end?” That would be a soft way of doing it.

No wonder salespeople hate calling prospects back—they know they’re going to lose most of the time. [Tweet this!]

“A slightly more aggressive way would be, ‘Hey, I’d be happy to take you through this. If you see that this can actually give you the results we’re talking about here, could you see anything that would prevent you from moving ahead with this in the next two weeks?’

“Then my favorite is, ‘I’m going to send this out to you. I’ll go through it and cover everything with you. And, let me ask you this, if you’re convinced it’s going to give you what you’re looking for, is this something you would be prepared to move forward with at the end of the call?’”

Of course, there’s a right way and a wrong way to ask qualifying questions. “When you qualify them for decision making you don’t say, ‘Are you the decision maker?’ Oh, that’s terrible, don’t say that! We all know that people make decisions with other people, so how about a softer way: ‘Joe, besides yourself, who else would be weighing in on making a decision on something like this?’”

When you qualify them for decision making you don’t say, ‘Are you the decision maker?’ Oh, that’s terrible, don’t say that! We all know that people make decisions with other people.

According to Mike, “Once you qualify a prospect, now you’re ready to actually close, because you’re putting qualified leads in the pipeline. And, by the way, this means you’re going to start adding less leads to your pipeline. At first, your manager will go into a panic mode. The director of sales will think you’re loafing. This happened for me: Rather than send out ten and close two, I would send out eight (leads into my pipeline) and close five. It would take me longer to get those, but my closing rate went through the roof.” 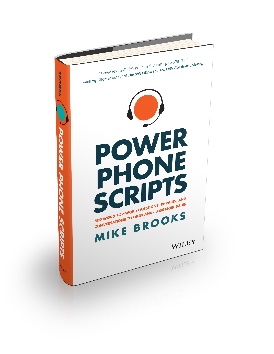 “So, I wasn’t wasting the company’s resources. I wasn’t wasting my time practicing bad selling techniques. I was more confident, much more empowered, and I made a ton more money. And, here’s another benefit: I had more time to prospect because I wasn’t spinning my wheels hoping and praying that those unqualified leads would close!”

Once you have a qualified lead, Mike says the first thing you have to do is engage them. “What I like to do in the beginning of my close is have the prospect direct me in terms of what they’re interested in hearing about. So I don’t like to open up my pitch and say, ‘All right, let me show you this first slide…’

“Instead, I like to engage the prospect by saying, “It’s so great to spend some time with you today. I appreciate you taking your time. There’s a lot of information that I can give you, but I’m sure you’ve probably got some questions that you’d like to know about. So I’d like to turn the reins over to you. What’s most important for you in terms of XYZ? What are you looking for?”

“I do that so that I can identify buying motives and I can speak to their listening. Everybody is listening for something. If I don’t know what you’re listening for, I won’t know how to pitch to your listening, so I can get through to you and score points. This is the very opposite of the ‘spray and pray’ approach.”

Everybody is listening for something.

“After I give a benefit statement, or after I finish a slide, I have to get their feedback,” Mike says. I don’t use an old, used, tie-down question like, ‘What do you think?’ No, I use a real, engaging check-in statement. So for example, if I were to give you a benefit like, “Here’s how I can increase your closing percentage by as much as 50%,” then I’m going to say to you, “And let me ask you this John, how would that affect your bottom line?“

“This is especially important in inside sales where I can’t see you and I don’t know how you’re reacting. I’m going to ask a direct question after I’ve given a feature or a benefit to engage you. Now, if you aren’t willing to engage, that gives me valuable information. Either you’re closed down, you don’t believe it, or you’re not interested.”

“Mid-way through the presentation, I like to start my trial closes,” Mike says. “You have to get buy-in throughout your presentation to develop a ‘yes’ momentum, so asking for the order is not this, ‘Oh, by golly, let’s cross our fingers and hope he’s going to buy’ situation. I better have some good feedback, an idea where you’re leaning.”

As an example, Mike suggests, “‘So, Joe, is this sounding like it’s going to work for you?’ That’s a soft trial close. And you can go further as you get close to the end, by asking, ‘If you had to make a decision on this, Joe, right now, where are you leaning?’”

You have to get buy-in throughout your presentation to develop a ‘yes’ momentum. [Tweet this!]

“Most salespeople are scared to death to ask that because they A) are not pitching qualified leads, and B) they’re not involving or engaging people throughout the presentation so they’re afraid if they use even one trial close, the prospect is going to say, ‘This doesn’t really look like it’s for me and I’ve got to go.’ And then they’ll have no idea what to do.”

Lesson #4: Be ready for the objections.

You can’t just roll over and play dead if somebody says to you, ‘I’m going to need to talk to the boss about this.’ You’d better have some answers in your back pocket.”

“Here’s the last part about closing: You need to be prepared for the objections, or stalls, that you’re going to get. If they say, ‘Well, I need to think about it,’ you’d better be prepared with three or four good scripts that you’ve adapted to your style and your product or service to get your prospect to open up. The sale doesn’t start until the third, fourth, or fifth ‘no.’”

According to Mike, “That doesn’t mean you’re an obnoxious telemarketer, but you can’t just roll over and play dead if somebody says to you, ‘I’m going to need to talk to the boss about this,’ or ‘Can I talk to my manager?’ The answer isn’t, ‘Well, when should I call you back?’ That’s what a lot of people are doing. They’re just creating stalls right and left. You’d better have some answers in your back pocket.”

The sale doesn’t start until the third, fourth, or fifth ‘no.’ [Tweet this!]

Mike says, “If they blindside you with those sorts of questions, guess what? You’re pitching an unqualified lead. So, you should say, ‘Terrific, I think you definitely should do that. Let me ask you this, I’ve given you a lot of information your manager doesn’t have. If your manager says, ‘Joe, do whatever you think is best,’ based on everything we’ve gone over and how you understand it right now, what would you tend to do?’

“That’s isolating the objection. That’s what closing is about. You have to pitch a qualified lead, get an idea what they want to hear in the beginning, use trial closes throughout to build a ‘yes’ momentum, and then be prepared to actually handle stalls and objections with scripts that work.”

Related: 18 ways to nail your next sales presentation

“I was taught that if you’re willing to do the things that most sales reps are not willing to do, then soon you’ll be able to enjoy the things that most sales reps will never be able to have. What that means is, actually buying a book on closing or listen to CDs. Learn and invest in your career by recording yourself, critiquing yourself, writing phone scripts and making them your own, and actually learning the skills of sales. Sales is a set of repeatable selling situations. If you learn the skills to deal with them, you’ll do really well.”

“If there’s a top producer in your company or industry, there’s no reason you can’t be one. It’s just a matter of being willing to make a commitment—that’s the number one characteristic of top sales producers. I’ll leave you with this quote from Bear Bryant: ‘It’s not the will to win, but the will to prepare to win that makes the difference.’ When I heard that quote, I thought, wow, that’s what I’ve been saying this whole time!”

Sales is a set of repeatable selling situations. If you learn the skills to deal with them, you’ll do really well.