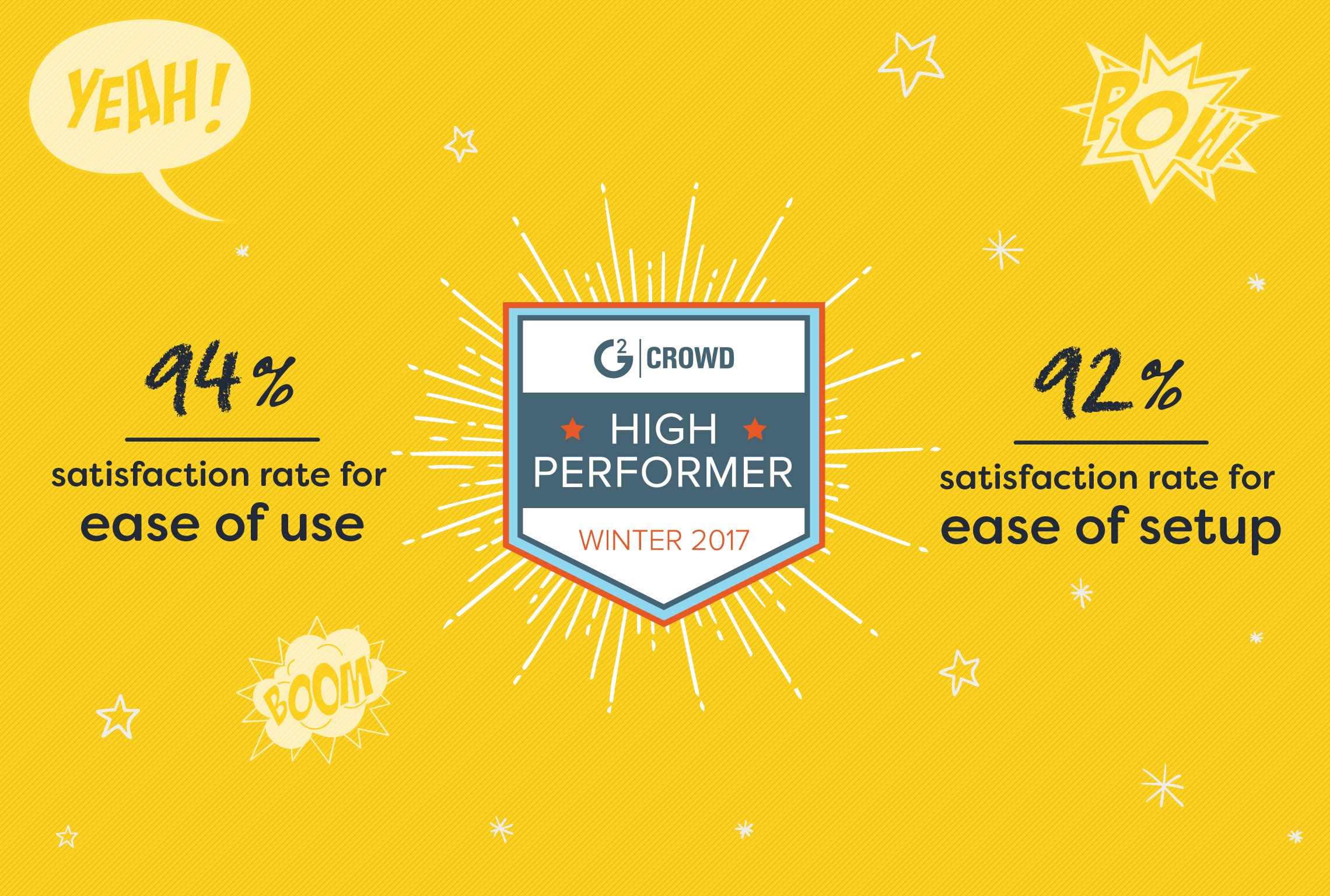 The first month of 2017 has already brought some fantastic news to Team Nutshell!

Last Wednesday, business software review platform G2 Crowd released its Winter 2017 CRM Grid℠, which ranks and compares over 40 leading CRM solutions. Thanks to Nutshell’s consistently positive user reviews and user satisfaction scores, our CRM software has earned a spot on the list as a “High Performer,” once again confirming Nutshell as one of the most highly regarded customer relationship management solutions on the market.

According to G2 Crowd, “High Performers provide products that are highly rated by their users, but have not yet achieved the market share and scale of the vendors in the Leader category.” (Don’t worry, we’re working on that.)

Nutshell’s placement as a High Performer was primarily driven by our high customer satisfaction scores from user reviews. Among the 55 reviews of Nutshell published on G2 Crowd through November 28th, 2016, 89% of users gave Nutshell a rating of 4 or 5 stars, and 87% of users said they would be likely to recommend Nutshell to others.

The Winter 2017 report marks the second time that Nutshell has appeared on G2 Crowd’s CRM Grid℠, and we’d like to sincerely thank G2 Crowd for the recognition. Please visit Nutshell’s page on G2Crowd.com to see all of our reviews and submit one of your own!

Direct mail tactics for sales: Why physical mail still works, and how to use it