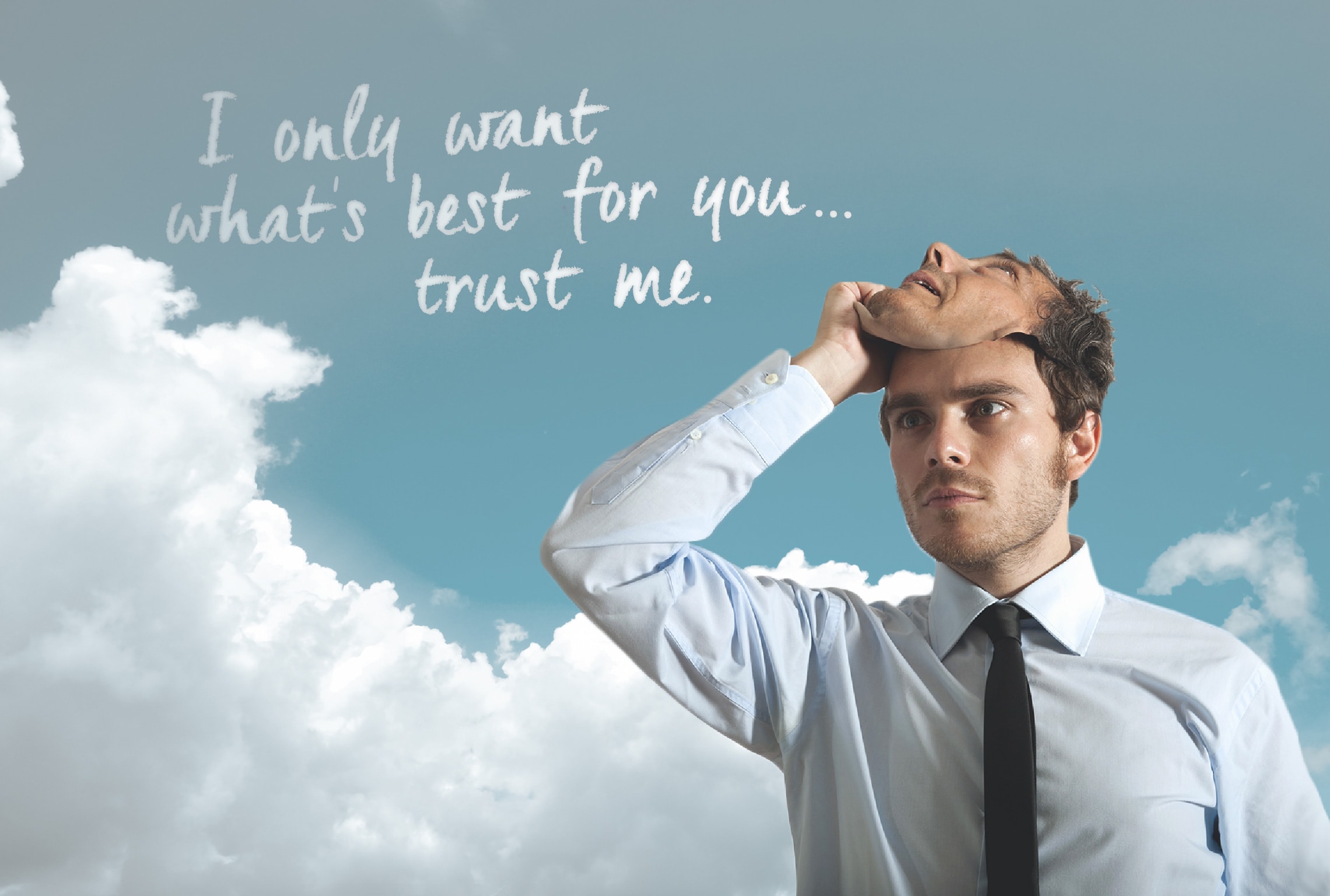 As a salesperson, your biggest challenge is defeating the voice in your buyer’s head that says “don’t do it.”

We all have that voice. Let’s say you walk into a store and find the perfect pair of expensive noise-cancelling headphones.

You pick them up, try them on, and then…this voice goes off inside your head:

[Puts headphones back. Walks out of store.]

Within a matter of seconds, you rationalize your way out of buying the headphones, opting for the more “responsible” choice of leaving the store and going home.

These words immediately shift your mental chatter. Your resistance goes from “my wife would kill me” to “This is a fantastic deal! I would be an idiot not to get these right now.”

And it works. When you use things like scarcity, urgency, and exclusivity, you hijack the brain’s rational decision making abilities and get people to take action.

The use of persuasion levers like those above make people a bit uncomfortable. They think we’re being “manipulative.” And, well, we are.

The art and science of persuading someone to buy something is manipulative. But “manipulation” and “deception” are not the same thing.

If you’ve ever felt “icky” about what it takes to close a sale, it’s likely because you’re conflating these two very different activities.

Here’s how manipulation and deception are different—and why becoming a master manipulator can be a good thing.

Manipulation Is a Helpful Tool for Getting Someone to Take Action

Manipulation entails pulling persuasion levers to encourage someone to act in their own best interest. You can think of it as taking someone from “interested, but maybe later” to “must have this now!!” (In sales parlance, it takes them from “consideration” to “purchase.”)

Here are some examples of manipulative persuasion levers:

These are all effective persuasion tactics that influence perception and encourage people to take action.

Let’s say you want to start exercising and get healthy. You could start tomorrow by going outside and going for a run.

But most people don’t. Instead, they’ll drive up to 20 minutes and pay hundreds of dollars to use a treadmill. And when you ask them why, they’ll say things like:

These are all rationalizations for the cost of gym membership. We tend to follow through on things we spend money on and devalue things we get for free.

Which means: If you want to encourage someone to exercise more, make them pay for it. (Otherwise, they won’t do it.)

I call this the Surprising Upside of Manipulation. Manipulation causes people to take action on things that are in their own best interest—like exercise.

Now, let’s say that gym is offering a “6-Pack Abs Bundle” that promises washboard abs in under three weeks.

Deception Is When You Make a Claim That Isn’t True

The only meal that takes less than 30 minutes to prepare is cereal (or something you’ve defrosted…and it definitely has processed ingredients). The point is: People feel uncomfortable with sales because it’s “manipulative,” but manipulation isn’t the problem. Deception is.

Deception is when you are consciously deceiving someone.

It’s when you promise something you can’t deliver, offer a result that isn’t possible, or sell someone something you told them was great, when it’s definitely not great.

Related: The 4 kinds of promises you should never make to customers

The key difference is that deception has to do with the offer. You find deception in the claims you make and the benefits you promise—not in how you close the sale (that’s manipulation).

If you’re selling something that does not do what you say it does, then you’re being deceptive.


If you’re nudging someone to buy something they already want (and will add value to their lives), that’s manipulation.

TL;DR: Deception is a lie, manipulation is a tool.

How to Tell the Difference

A good way to tell the difference if you’re unsure is to notice your own mental chatter.

You’re in the manipulation camp. These things are kosher.

For example, if you’ve won a lot of awards or have impressive credentials and feel like you’re “showing off” by highlighting them, that’s discomfort with manipulation.

Highlighting your accolades is a useful credibility indicator—it’s not deceptive and it’s not evil. It’s helpful. It helps your customers know they can trust you.

You’re likely in the deception camp.

Claiming ignorance, rationalizing, and justifying bad behavior to yourself are all indicative of deception.

A general rule of thumb I like to use is if you have to ask, the answer is probably “yes, this is deception.”

The good news is, there is no need to violate ethical boundaries if you want to sell effectively.

Sales works best when you’re telling the truth. In fact, honest selling tactics are the most effective. If you are providing true value to people on the opposite end of the exchange, then there’s no reason to resort to unethical means of selling.

To quote the master of direct sales himself, David Ogilvy, “The customer isn’t dumb, she’s your wife.” Deceiving her might work once, but it won’t work twice. Deception isn’t good for you, it’s not good for your customers, and it’s certainly not good for your business.

If you want to sell more and sell effectively, tell the truth about how incredible your product is. And use manipulation to amplify that truth to entice people to take action today.

Margo Aaron is a former psychological researcher and current founder of That Seems Important, a community for people who think it’s normal to want to change the world.

Join 25,000+ other sales professionals and get our best articles delivered to your inbox twice a month.