The untold stories behind 10 of our greatest customer names 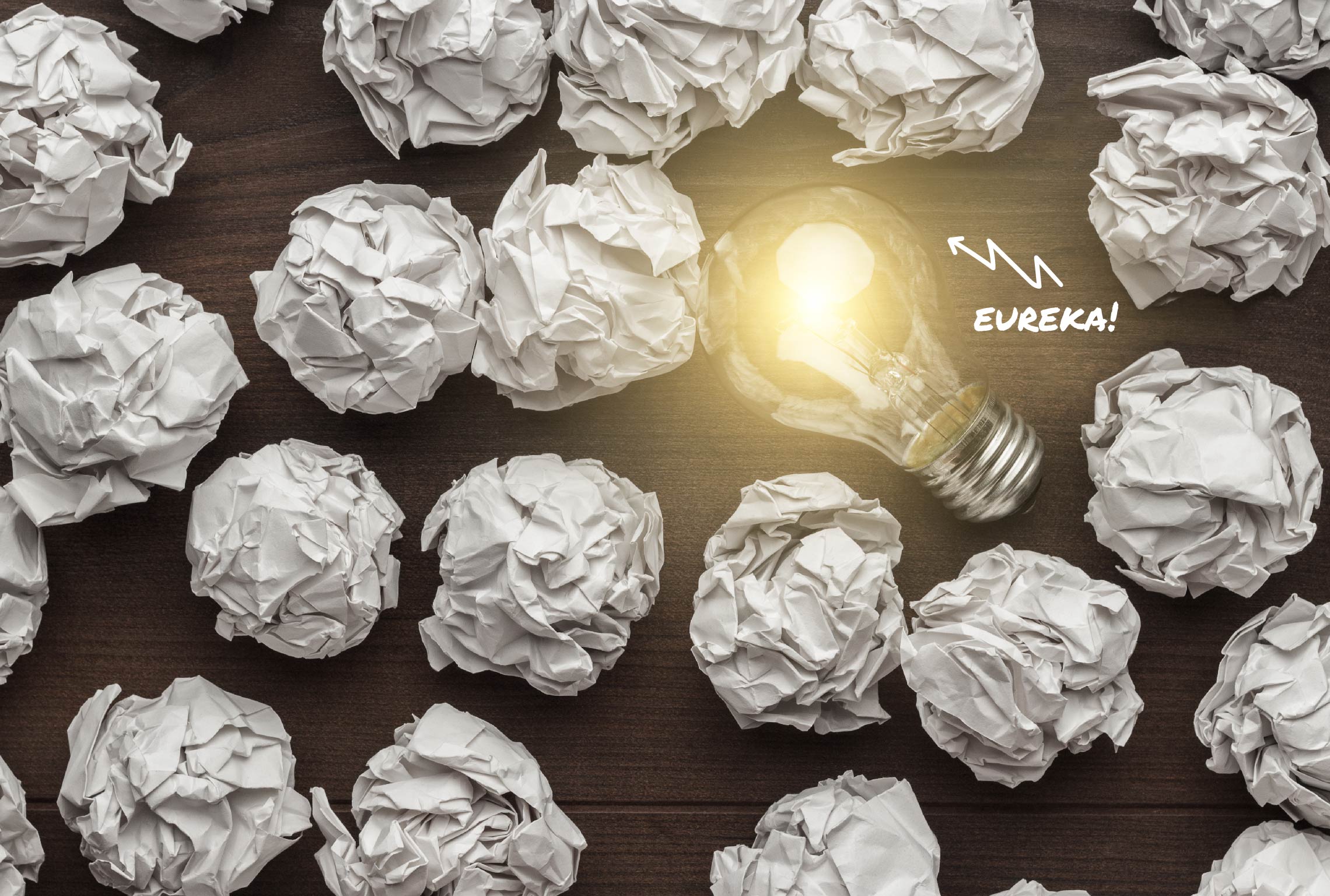 If your business name makes people do a double-take when they see it, you’re doing something right.

We asked 10 Nutshell customers to tell us the origin stories behind their unique business names. Some of them have personal meaning, some have local significance, some were just pulled out of thin air—and all of them are awesome.

“Apart from being an available domain name at the time we started out, SplitMango is just a really cool name. And if you think about it, it takes a lot of innovation to be able to split a mango, so we ran with that.

“We innovate to provide solutions to our clients’ problems. Now, we all love fruit, and mangoes are juicy and exotic, and I guess we can be too.”—David Miller, Managing Director

“We have a lot of lakes in Minnesota, and I’m a swimmer, so I wanted to allude to that without being too ‘north woods.’ Thus, our fish drop logo and the ‘Fish’ in our name.

“As for Spry? I love words with ‘y’ vowels, and I started my company the day I turned 40, so I love the allusion to an active middle-aged person. That’s me!”—Jen Niemela, Principal

“Deerhammer Distilling Company set up shop in 2010 at the foot of Colorado’s tallest peaks—in a little town called Buena Vista (pronounced ‘Byoona Vista’). We named our distillery as an homage to one of the very first residents of this town, Alsina Deerhammer, who is credited with giving our town a name with such a controversial pronunciation. Also, there is no shortage of town-deer that frequent our whiskey mash, which is set out daily.”—Lenny Eckstein, Co-Founder and Head Distiller 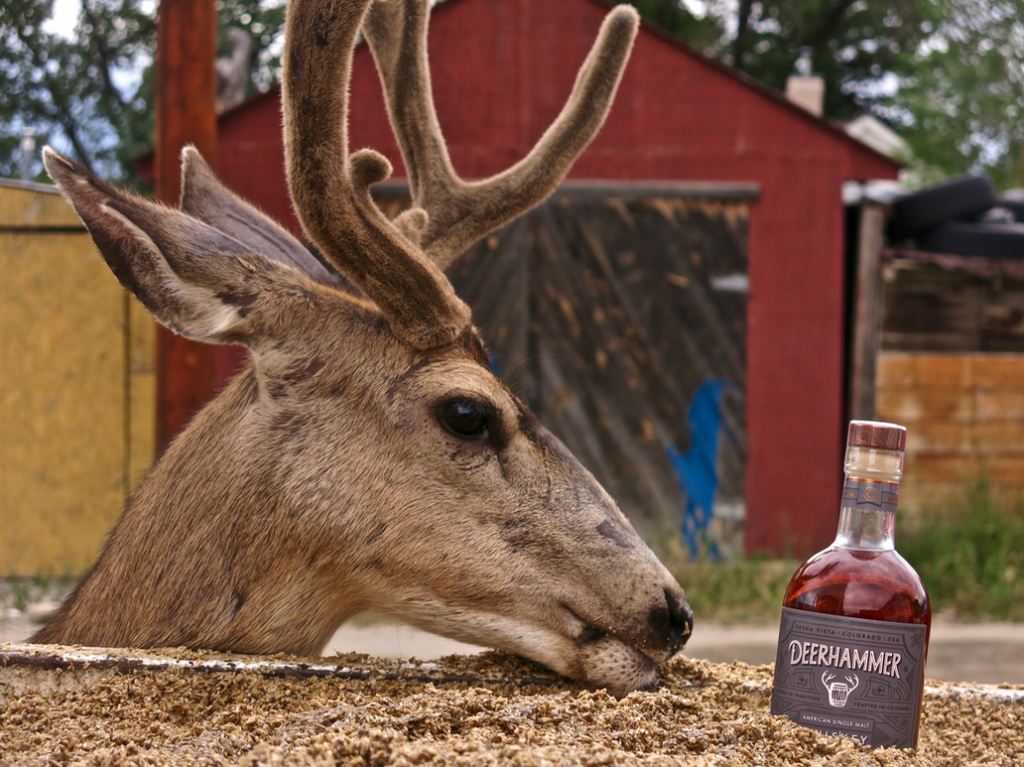 (One of the curious deer in question.)

“When I first left college I attended a job fair and noticed a fellow job seeker who was dressed from head to toe in various shades of purple. Close to 30 years later, I remembered him because of how much he stood out. The problem is, he stood out for the wrong reasons.

“Purple Briefcase is geared to help students stand out and be memorable in their job search process just enough, without being over the top.”—Brian Keenan, President 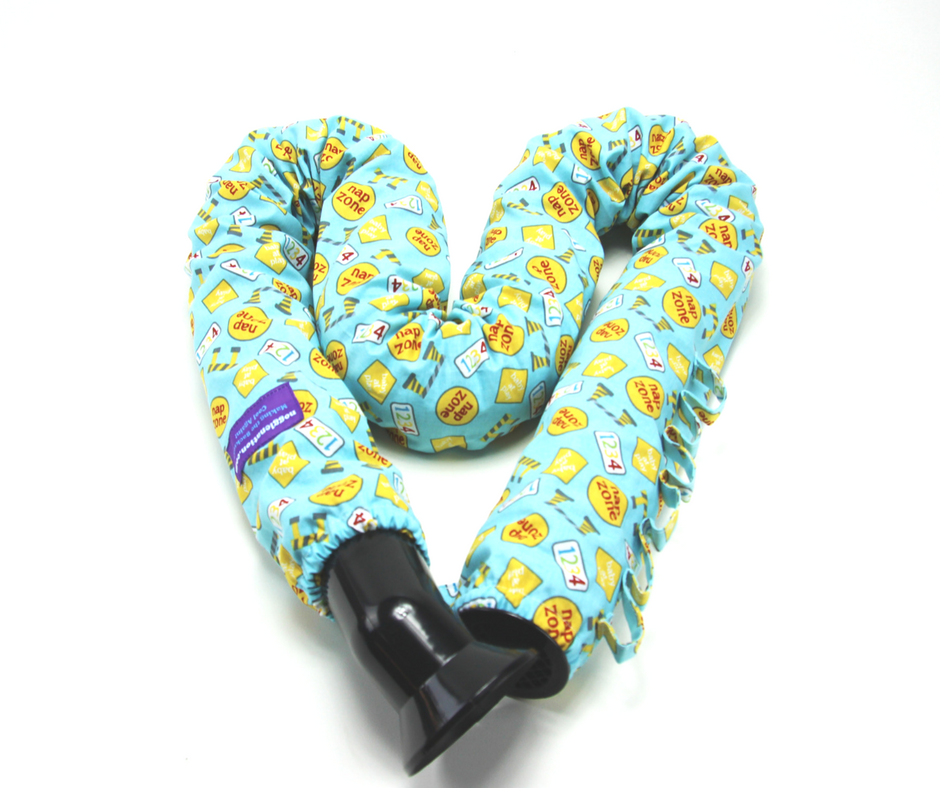 “We invented Noggle about six years ago when our son was just one or two. He overheated in the car so much, and this was the only way we could cool him down.

“We kept calling it a bunch of names—nozzle, hose, air-thingy, etc. One day, we heard him say a word that sounded like ‘Noggle’ and it just stuck. We searched on the internet and thought Nogglenation.com was a cool name, almost like a small country or a community of people that would be using our product.”—Steven Paquin, Owner and Founder

“We were looking for something fun and different. The name struck me while having drinks with friends on our annual beach trip. I’ll never forget how much fun we had coming up with Holla drink recipes.

“The word ‘holla’ itself naturally brings people together and promotes a spirit of celebration and camaraderie. It can be used as an informal greeting used to show excitement, or as a verb meaning ‘to initiate conversation’.”—Patrick Shorb, President and Founder

“New software product development generally leads to some panic, so we really wanted to build a brand that spoke to our geeky nature and put worried minds at ease.

In Douglas Adams’ novel The Hitchhiker’s Guide to the Galaxy, the guide used by the story’s protagonists has the words ‘Don’t Panic’ emblazoned on the front. We couldn’t agree more, and thus the idea of Don’t Panic Labs was born.”—Russ Guill, Chief Storyteller

“Mathalicious founder Karim Ani was a big fan of the hip hop group Blackalicious and drew personal inspiration from their insightful, positive lyrics…and he was listening to them a lot when he founded Mathalicious in 2009, hoping to spark a similar sense of wonder in math class.

“In 2011, Mathalicious partnered with Gift of Gab (frontman for Blackalicious) to create a sort of anthem for teachers who are a part of Mathalicious’s mission: To create a smarter, kinder, more curious world through math class.”—Ginny Stuckey, Chief Operating Officer

“In choosing our name, it was really important that it reflect our fun, positive, and lighthearted approach to cooking. Also, our focus is on the social element of food—think casual dinner parties and book club hangs—so we wanted the company name to capture the feeling of celebration, big or small. That’s how we landed on ‘confetti,’ and then we paired it with ‘kitchen’ to reinforce our culinary focus.”—Cynthia Samanian, Founder and CEO

“We wanted to communicate what we do as a digital agency in a novel way. Laughing represents creativity and happiness, and Samurai represents a disciplined culture with highly effective tools (aka swords). In an industry where virtually every agency’s name is based on marketing buzzwords—like ‘upward,’ ‘amplify,’ or ‘growth’—we cut through the clutter with our name and focus on producing impactful, creative marketing campaigns.”—Benjamin Collins, Owner

Is there a good story behind your business name? Tell us in a comment below, or tweet it to us @nutshell!

How to use branding in your email marketing strategy