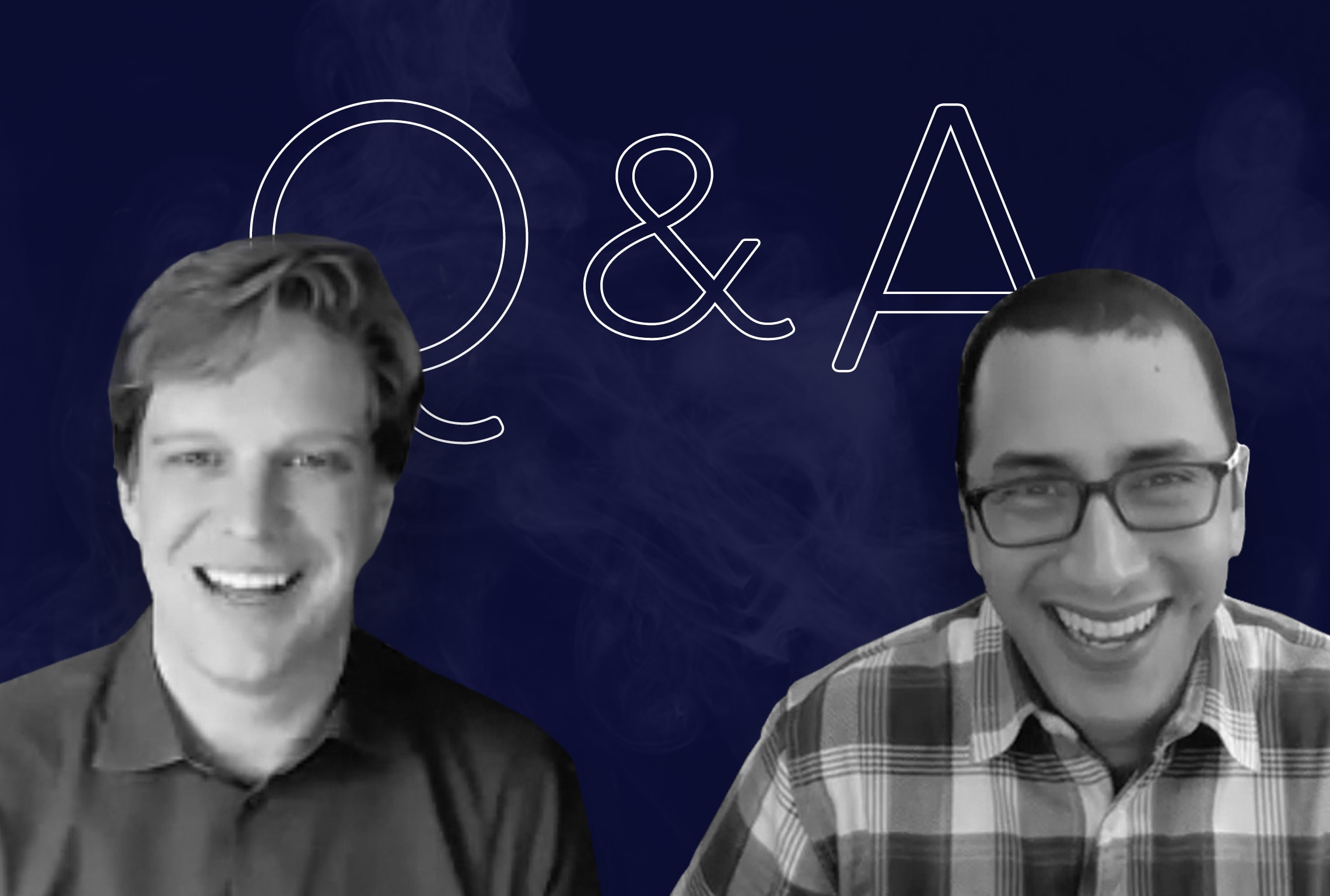 If you only know Nutshell through our software (or our YouTube videos), Guy Suter might be an unfamiliar face.

The Ann Arbor-based tech founder and entrepreneur co-founded Nutshell in 2009, not long after his first company BitLeap was acquired by Barracuda. Since then, Guy has been a constant behind-the-scenes presence as an advisor, and currently serves as Nutshell’s Chairman.

I recently connected with Guy over Zoom to discuss the early days of Nutshell, the most critical lesson he learned from the company’s first decade of existence, and the big problem he’s trying to solve these days—getting sales and marketing teams to stop fighting with each other.

Watch our conversation below, or scroll down for the text version, which has been edited for length and clarity.

BEN GOLDSTEIN: Tell us a little about your role in the founding and launch of Nutshell. How do you fit into the origin story?

GUY SUTER: I’m one of the co-founders along with Andy Fowler. Andy and I actually met when he was in high school, so we have quite a long history. Way back in the beginning of Nutshell, circa 2009, Andy had just graduated college and moved to Ann Arbor from Kentucky, and he and I were talking about starting a company together.

The CRM space was one that I’d had a lot of personal pain with, in our previous company. We had tried everything out there in the market, including Salesforce and NetSuite and Infusionsoft, and it either didn’t meet our needs or felt like it was overly complicated. We had built our own [CRM] internally at that startup, which was a data backup company. We didn’t start out with the idea of building a CRM, but we built one for our purposes and our needs, and it kind of inspired us.

Andy and I were looking at it and said, “Hey, it seems like there’s an opportunity to build a better CRM for businesses that’s easier to use.” That was the beginning of it. And for the first few years it was a lot of whiteboards.

Over the last decade, you’ve seen Nutshell go through several phases of life, from scrappy startup to now being a leader in the CRM space, with some detours along the way. How would you define the stage that Nutshell is in now?

I think it’s a really fun stage because we’ve grown up in that we’re a real business. And especially in times like we’re in now, I’m eternally grateful that we have this company that is operating from a position of strength in the global pandemic. That’s really cool.

This stage is really about focusing on our customers, getting back to our roots of the things that have really worked for us, which is building great products. So I kind of think of it as an innovation stage.

Were there any lessons that you learned from when Nutshell was still finding its way, or when the company was on less secure footing?

The beginning of any company, before you have a product and customers, is really about “is there a problem out there that we can solve better than other people are?” It’s about market fit. You’re trying to create a product and build something that’s going to be useful to people. That was our first stage, and suddenly it worked. We put [the product] out there and people enjoyed it, and then at some point we looked around and realized, “Wow. There’s a real business here. There are customers, there’s a great product, and maybe we should grow it more.”

I think one lesson I learned is to just focus on what you do well. We raised some venture capital, we kind of got on the VC hamster wheel, and we brought in money thinking that we could spend our way to faster growth and become a bigger company. Our intentions were really good. We thought we were doing what everybody else does—they bring in a bunch of dollars and they spend it and they scale up faster, and the result is you have a bigger business, which means you have more resources to help your customers, right?

But what we learned there is that our customers don’t care about how much venture capital we have. They don’t care about how many ads we run. They care about the product and how it makes their life better. And when I look back on our history, the times where we’ve really invested in innovation and product are what’s made us what we are today.

We were the first CRM out there that had integration with G Suite. We were the first CRM, to my knowledge, that had a mobile app. Our sales process management has been one of the things that I always felt was really important to provide consistency across what sales reps are doing. When I look at the last few years, the things that stand out as having ultimately the most impact on the company were taking our G Suite email experience over to Office 365 and re-envisioning our sales automation tool with a more modern user experience.

Those investments that the company has made have really paid off, and today stand out as some of the strongest things we’ve got in the product. So I think the lesson is, be less worried about everybody else’s metrics of success, and less worried about what you “should” do as a startup, and just focus on what you’re good at. 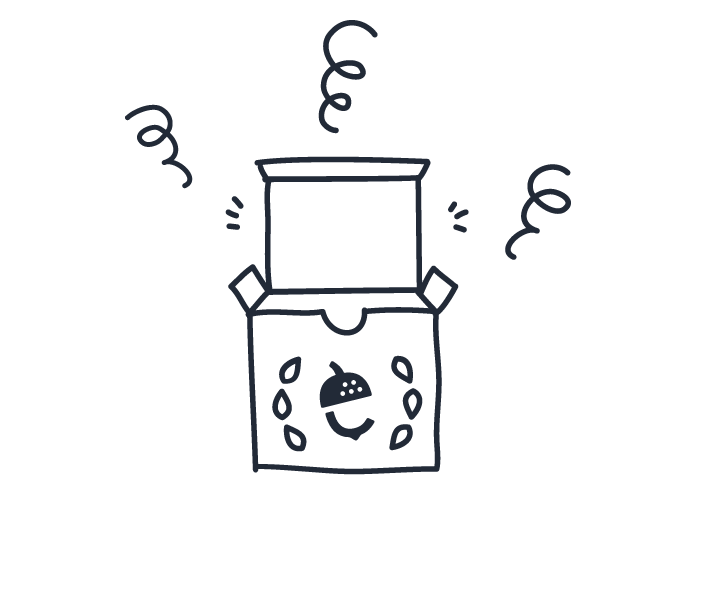 With smaller companies, one of the benefits [of having a single tool for sales and marketing] is just less to manage, less complexity. As the companies grow—and we’ve got lots of large companies using the Nutshell platform too—it becomes even more challenging to keep that data in sync between the different functions so that the things that are happening in sales activity can help the marketing team talk to the customers better and vice versa.

The historic one that I’ve always seen at the companies that I’ve been part of is the marketing people saying, “Hey, we’re getting you all the leads you need.” And the salespeople being like, “Yeah, but they’re not really high quality.” It’s the debate over, “Are the things that we’re doing bringing in the right people who are a fit for our product so we can be successful?”

I think that if we’re operating out of the same tool and we’re measuring to the same results, it becomes so much easier, in real-time, to look across our marketing channels and see which ones are working and which ones are not. Nutshell just did fabulous work over the last two-plus years building our content program, and we took a look at it and said, “Wow, it turns out that our content marketing, and putting valuable information out in the world, is outperforming paid advertising.” And so we slashed almost all the paid advertising.

That’s a great example of a decision that we probably would’ve come to sooner and would’ve been easier to make if we didn’t have to go to three different places to track down what’s really happening.

Some of our competitors have already started dipping their toe in this water of building a unified sales and marketing tool, or tacking one piece that they didn’t have onto the other that was existing. What opportunities do you see to do it better at Nutshell?

When it comes to combining sales and marketing tools into one, you can divide the world between HubSpot—who’s already doing this at a certain level—and everybody else that’s kind of talking about maybe doing it. So here we are talking about maybe doing it, right? We’re clearly in that second camp right now. But it goes back to the lessons we learned about focusing on what we’re good at. We’re really good at making products that people enjoy using and that solve real problems. And this is a real problem.

We’ve got customers who are telling us every single day that it’s a pain point dealing with integrations, and going back and forth between their sales and marketing tools and not having them connected. I think what we can do to be the best product for our customers is to solve the challenges they’re telling us that they’re having.

HubSpot is the leader in terms of realizing that these things really should be in one place under one roof, but it’s out of reach for a lot of people. It’s a pretty expensive product. I’ve used it personally at other companies and it’s very complicated. It’s angled at upmarket enterprise complexity in a way that doesn’t speak to the typical Nutshell customer. So I think the thing that we can do and bring it to the market is do it the Nutshell way—the way that makes sense for the types of teams that Nutshell makes sense for.

One of the big things that I’ve always been proud of is you can line up our products against almost any other product out there, give somebody a sheet of tasks, and say, “Hey, do this, set up a sales process,” whatever it might be. And nine times out of 10, the experience of doing it in the Nutshell product is quicker and easier and faster than it is in those other products. So I think we’ll take this vision of combining these tools together and deliver it to the market in that way, and people will be really happy about it. 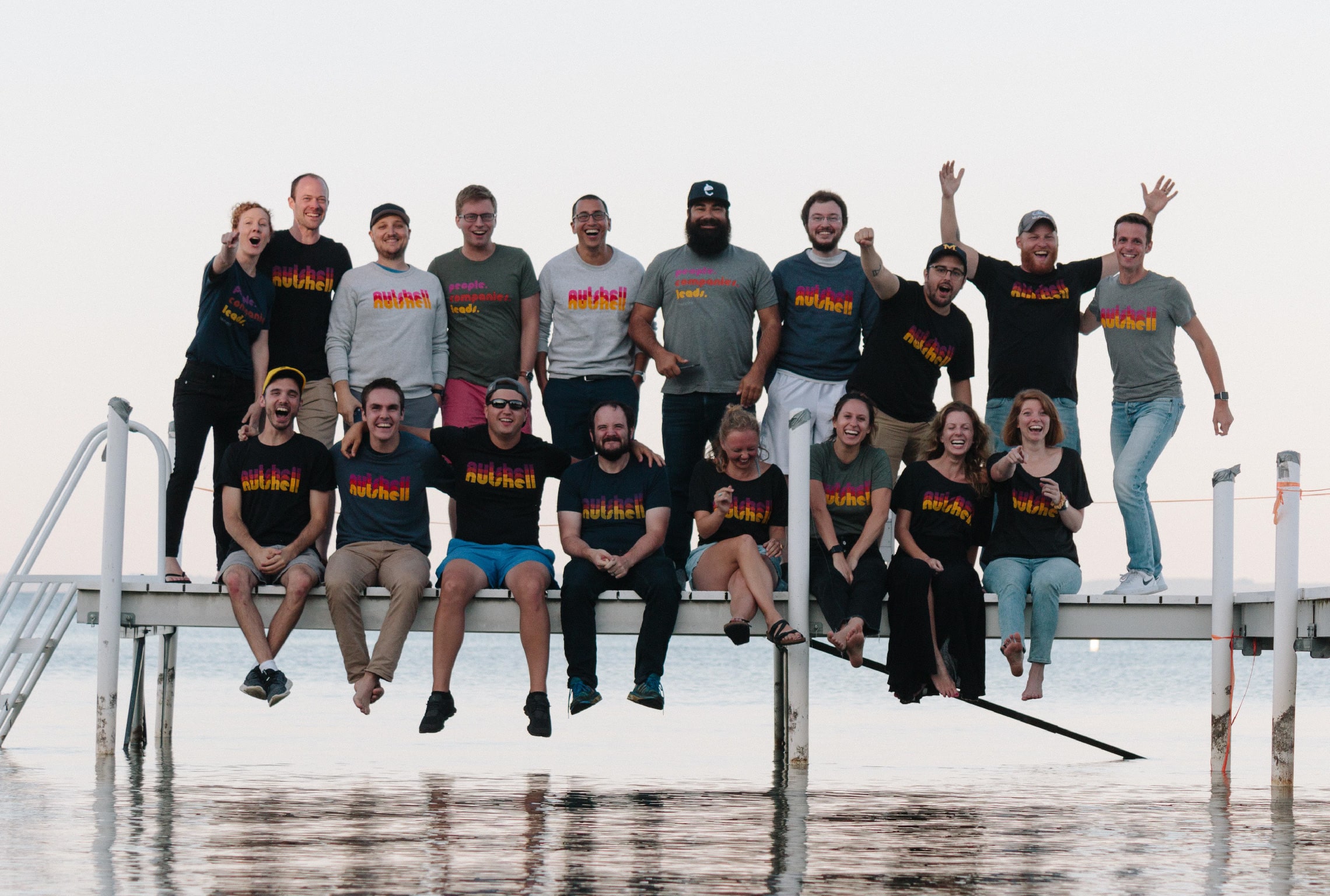 The customer doesn’t care what ‘scales’: What funding gets you and what it costs you 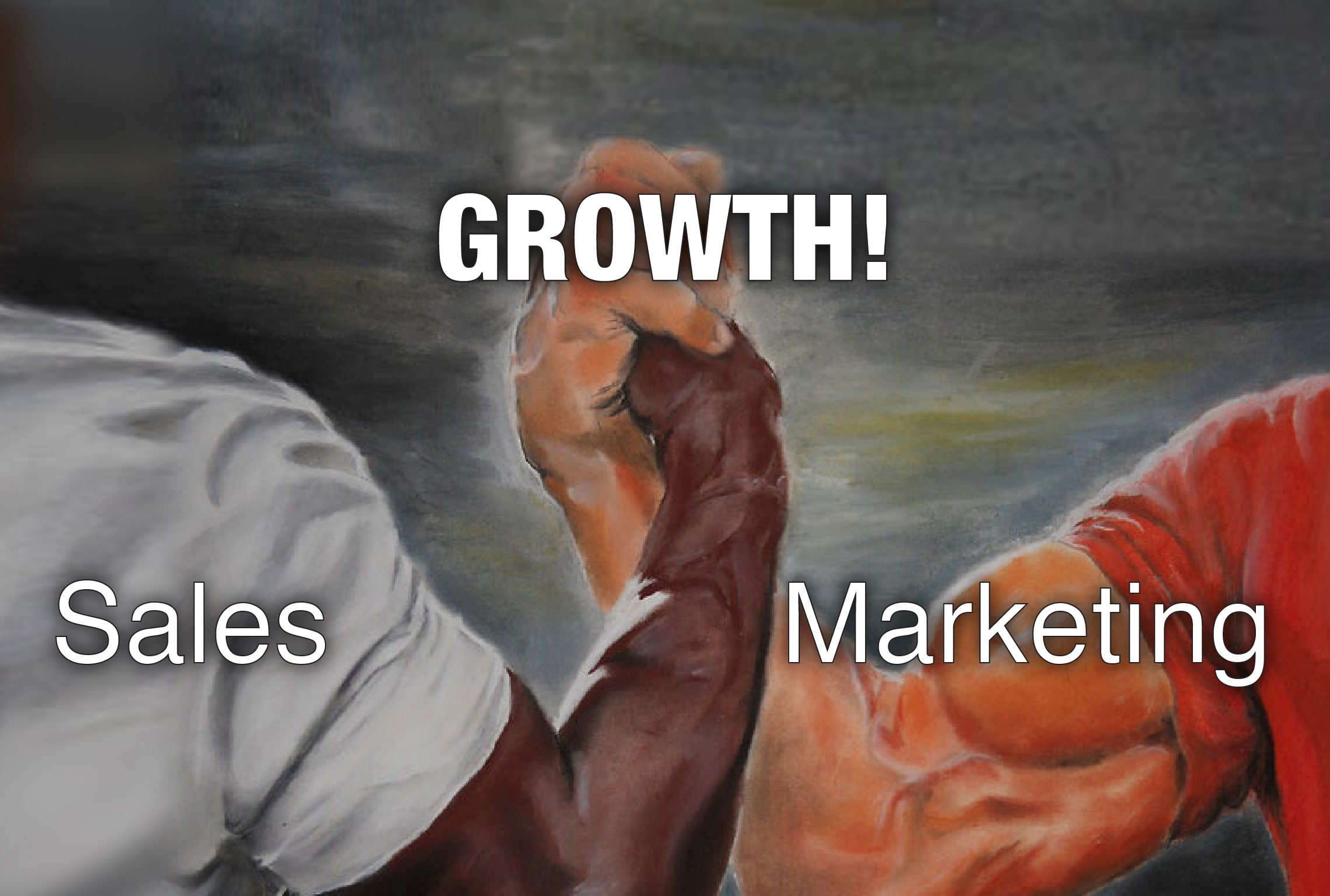 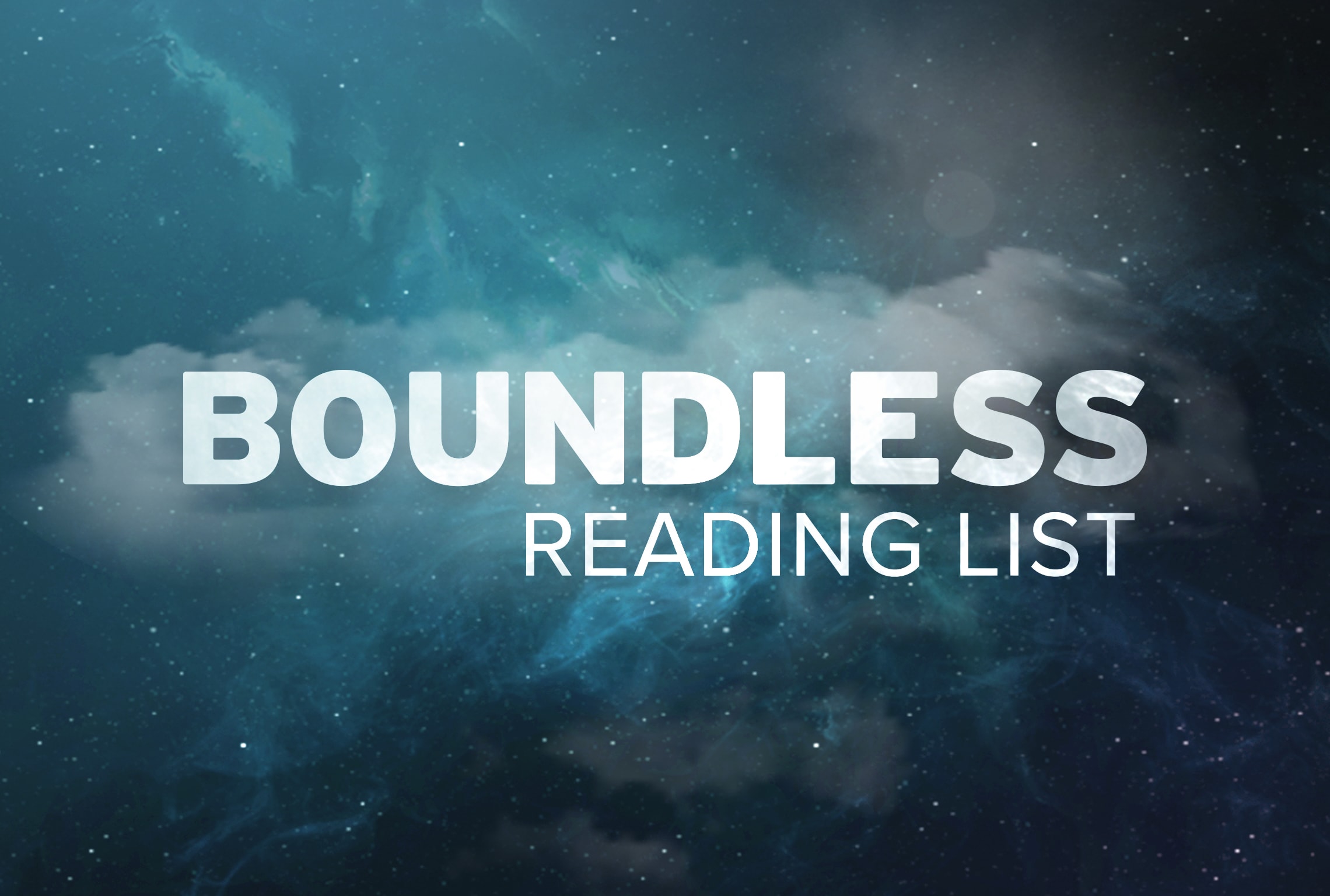 The BOUNDLESS 2020 reading list: 12 must-read sales and success books recommended by the experts

The 9 most annoying things about email marketing software

The 30 best sales resources on the Internet

The 30 best marketing resources on the Internet